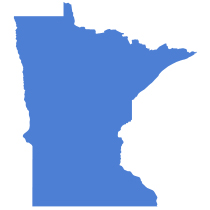 On July 1st, 2011, the people of Minnesota awoke to a Government shutdown, due to the inability of Governor Mark Dayton and GOP legislative leaders to agree on a two-year budget plan. A sticking point is Gov. Dayton’s proposal to raise taxes on the wealthiest Minnesotans, to support an increase in state spending, but this was rejected by the Republican-controlled Legislature. In response, they passed a $34 billion budget with no tax increases. This was summarily vetoed by Gov. Dayton, and led to the shutdown of government.

There are a great deal of questions as to how the shutdown will affect Minnesotans, including the unemployed, and those about to lose their jobs. But there is good news – unemployment insurance claims will continue to be processed and checks will still be issued during the shutdown.

On June 29th, a Ramsey Country District Court granted a motion for the temporary funding of the Minnesota Department of Employment and Economic Development. This is the agency that administers unemployment insurance claims and benefit payments. The Unemployment Insurance program is deemed to be a ‘critical’ service, and will operate normally. Workers who actually process these payments will most probably be deemed ‘essential’ and will continue to work through the shutdown.

Anyone who has been laid off during the shutdown, whether they are employed by the private sector, or government employees, can apply for unemployment insurance.

There are currently 22,000 Minnesotan State workers who have been laid off due to the shutdown. State employees began to apply for benefits beginning July 4th. Once you have applied, you will be eligible for benefits a week later, with the actual payment arriving the following week. The weekly benefit will be approximately half of a person’s gross weekly income, up to a maximum of $578.

State employees who are still required to work during the shutdown at a reduced schedule can also apply, if they are working fewer that 32 hours per week. Something to take into account is what may happen when the shutdown comes to an end. If the state of Minnesota issues ‘back pay’ for lost wages due to the shutdown, state employees will be required to repay any unemployment benefits received during that time.

In addition to unemployment benefits, there a certain other forms of assistance available to state employees. US bank has agreed to assist laid-off government workers by giving them a month’s reprieve on their loan payments. AFSCME Council 5, one of the state’s public employee unions, has established food drives.

“The only thing they’ll be eligible for is unemployment insurance which is up to half of their gross pay,”” said AFSCME’s Elliot Seide. “”That’s not a lot of money. Our people make an average of $38,000 a year living paycheck to paycheck, so there’s likely to be tough times ahead.”

The Minnesota Association of Professional Employees Union (MAPE), has an agreement in place with a local credit union, where laid off state workers can get loans to help with their needs. Any workers that are unable to get a loan from the credit union will qualify for a hardship grant from MAPE.

“For people who are laid off, they aren’t on vacation,”” said MAPE spokesman, Jim Monroe. “”Their only income in a very quick period of time is unemployment insurance. If they can’t get loans, this is to help them bridge the gap that they may have.”

The Minnesota Department of Employment and Economic Development (DEED) has an online schedule, informing people of when they may apply. Unfortunately, the DEED headquarters offices are currently closed, and services designed to aid the unemployed find work have been stopped. Most Minnesota WorkForce Centers are shut down, and the online Job Bank is not in service.

The last government shutdown in Minnesota was a partial shutdown in 2005, due to a dispute between then-Governor Tim Pawlenty and the Legislature over the two-year budget. In 2005, 8,900 state employees were laid off, but only for 8 days.

The current shutdown is now in its 13th day, and while 22,000 state employees find themselves out of work, most legislators are still collecting paychecks. Of 200 state lawmakers, 62 declined to accept their paychecks, both Democrat and Republican. As it stands, talks between Gov. Dayton and Republican legislative leaders are at a standstill, with no new discussions planned in the near future.

Maybe We Can Help:

If you can't find the answer to your question, you can fill out the comment form below and I will answer your question ASAP, or you can ask the The Unemployment Expert.